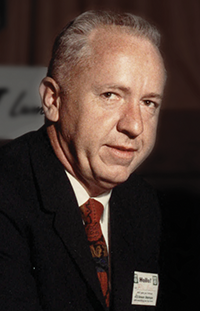 In 1951, Clarence “Red” Weeks and Lloyd Fradet began the Kelly-Fradet legacy by purchasing the Carmel Lumber Company in East Longmeadow, Massachusetts. Their goal was to provide the building industry with the best products and, more importantly, the most dependable, knowledgeable service available.

Residential or commercial, remodeling or building new, we will help you get the job done on time and on budget. And you will have our 600 years of combined employee experience behind you each step of the way.

“Any business is a people business. It’s the families who work for Kelly-Fradet, and the customers who purchase from us, that create the foundation to our success!”
-co-founder Red Weeks 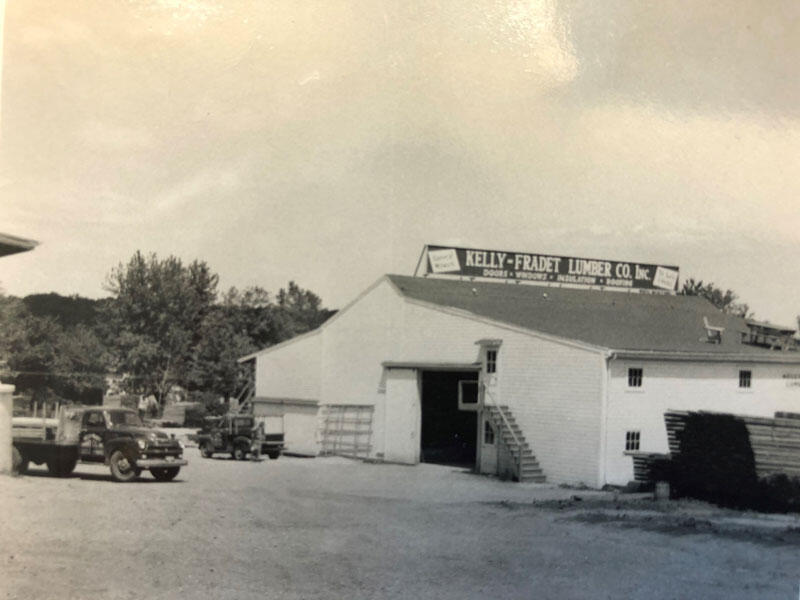 The Kelly-Fradet Legacy started in 1951 when the company was founded as a 50/50 partnership by Lloyd Fradet and Red Weeks. Both employees of US Gypsum at the time. Their first purchase was Carmel Lumber. Lloyd was a department supervisor and Red was a Harvard graduate. In a strategic move, Kelly-Fradet was created by combining co-founder Lloyd Fradet and his wife's maiden name, Kelly. 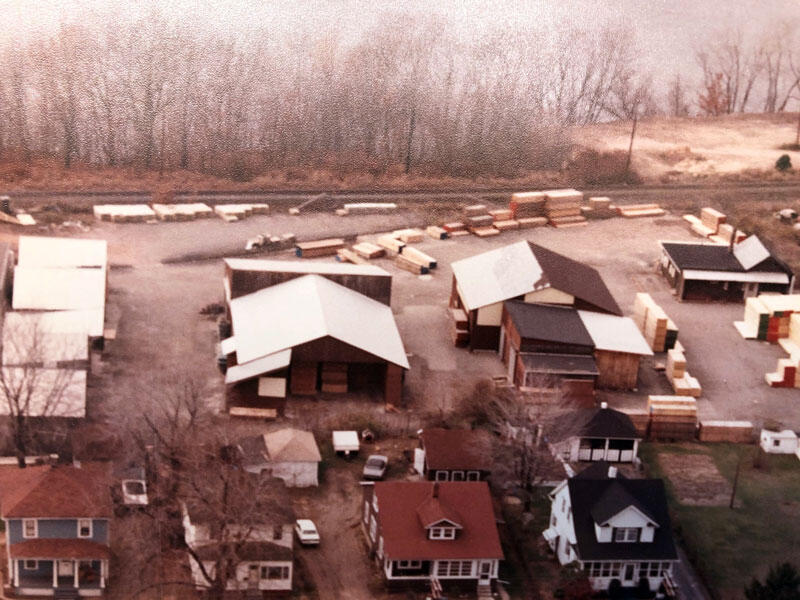 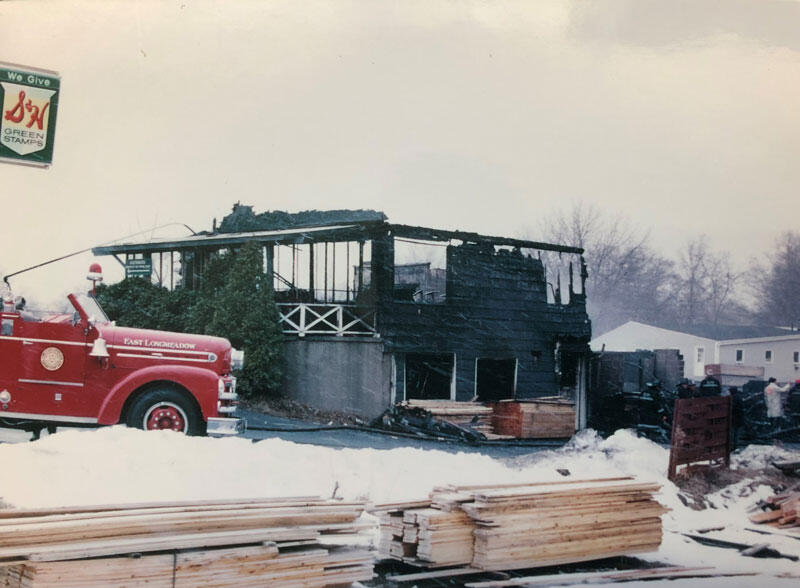 In February of 1959, a terrible fire leveled the East Longmeadow location causing over $200,000 in damages. Despite this setback, the company was doing business the next day, filling orders from the Enfield location. Later, the yard was rebuilt with a larger, fireproof warehouse. 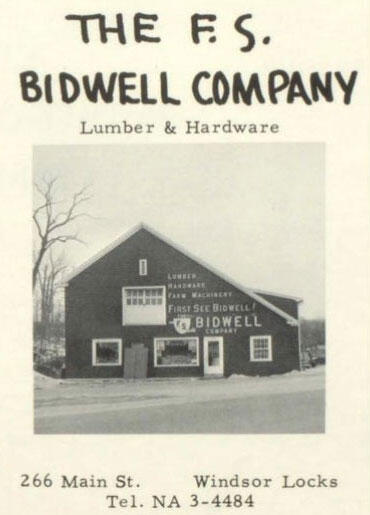 Kelly Fradet purchased Bidwell Lumber of Windsor Locks and was later sold to an apartment developer. 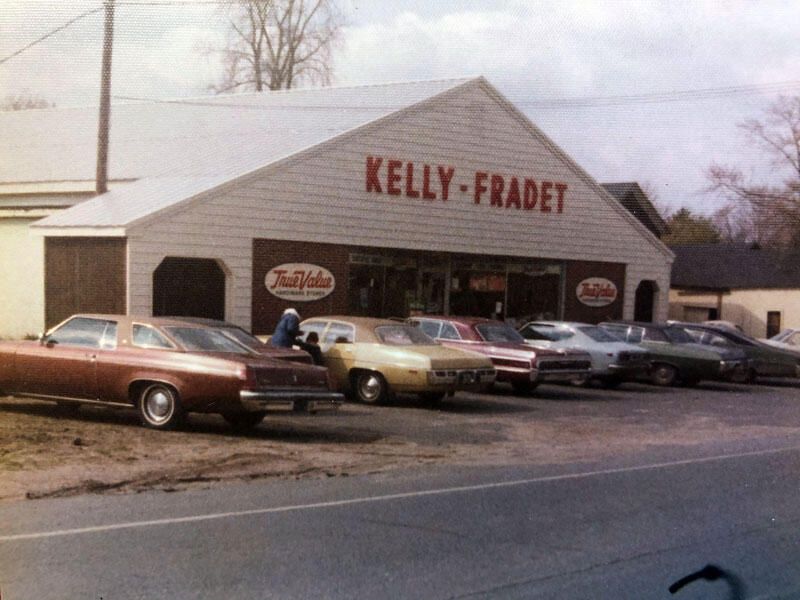 In 1964, Broad Brook Lumber and Coal was purchased and made into a retail and wholesale store. 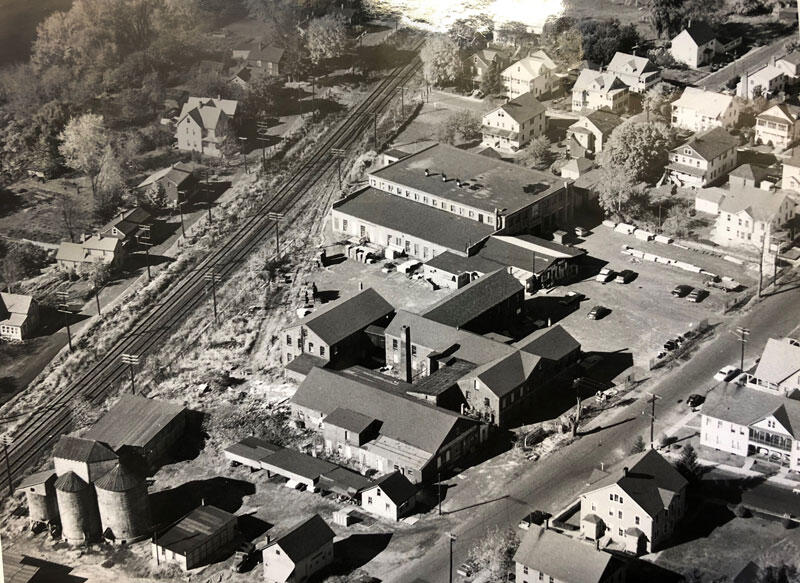 In 1965, Thompsonville Lumber was purchased and made into a retail and wholesale store. In that same year, Kelly-Fradet sold Bidwell Lumber to an apartment developer.

In 1966, the East Longmeadow Kelly-Fradet Mart was opened as the first "cash and carry supermarket" in Western New England. Unfortunately, this location was closed due to "not providing for itself economically" in 1976. 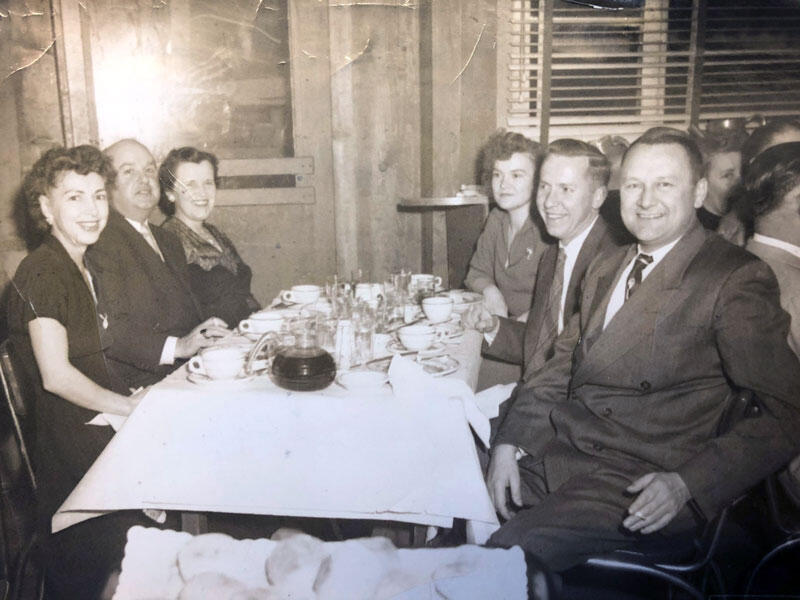 On July 28, 1974, Lloyd Fradet passed away transferring ownership to Red Weeks. In that same year, an annual golf tournament begin for all employees. Today, the company provides a scholarship program for children of employees who are attending college through the generous donation of employees. The company continues that tradition, along with an annual holiday party for employees, guests, and scholarship recipients.

In 1976, Kelly-Fradet Vernon was purchased. But arguably, the most memorable moment of the year was a fire that leveled Enfield Lumber. Only one of six buildings was left standing. Flames were reported to be 50-60 feet high and it took five fire companies from Enfield several hours to battle the blaze. The cause of that fire is still unknown. 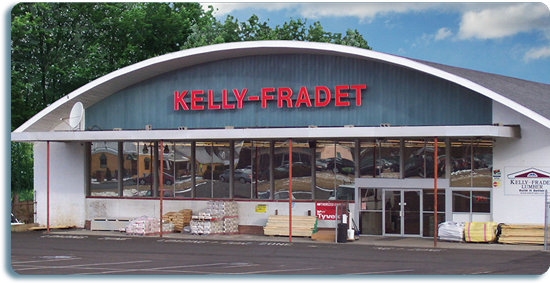 In 1979, yard operations were re-opened in East Longmeadow. 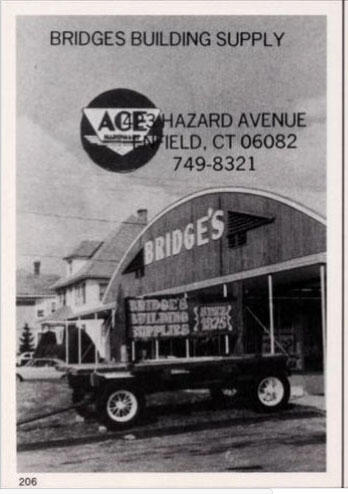 Red Weeks passed away leaving full ownership to his wife Aline and children Bob, Dave, Doug, and Candy. “Any business is a people business. It is the families that work for Kelly Fradet and the customers who purchase from us that create the foundation of our success! “ - Co founder Red Weeks

In January 2020, Kelly-Fradet became an ESOP Company and is now 100% employee owned ensuring that Kelly-Fradet can continue to be an independent family-owned lumber company for many generations to come.

Kelly Fradet now has four locations. Three in CT and one in Western MA. 76 Employees with over 1068 years of combined experience. Kelly Fradet is proud to have some of the most loyal customers, from builders, remodelers, and homeowners. Our customers are the reason why Kelly Fradet has prospered for over 70 years. “Take care of the customer and you will succeed!” -David Weeks